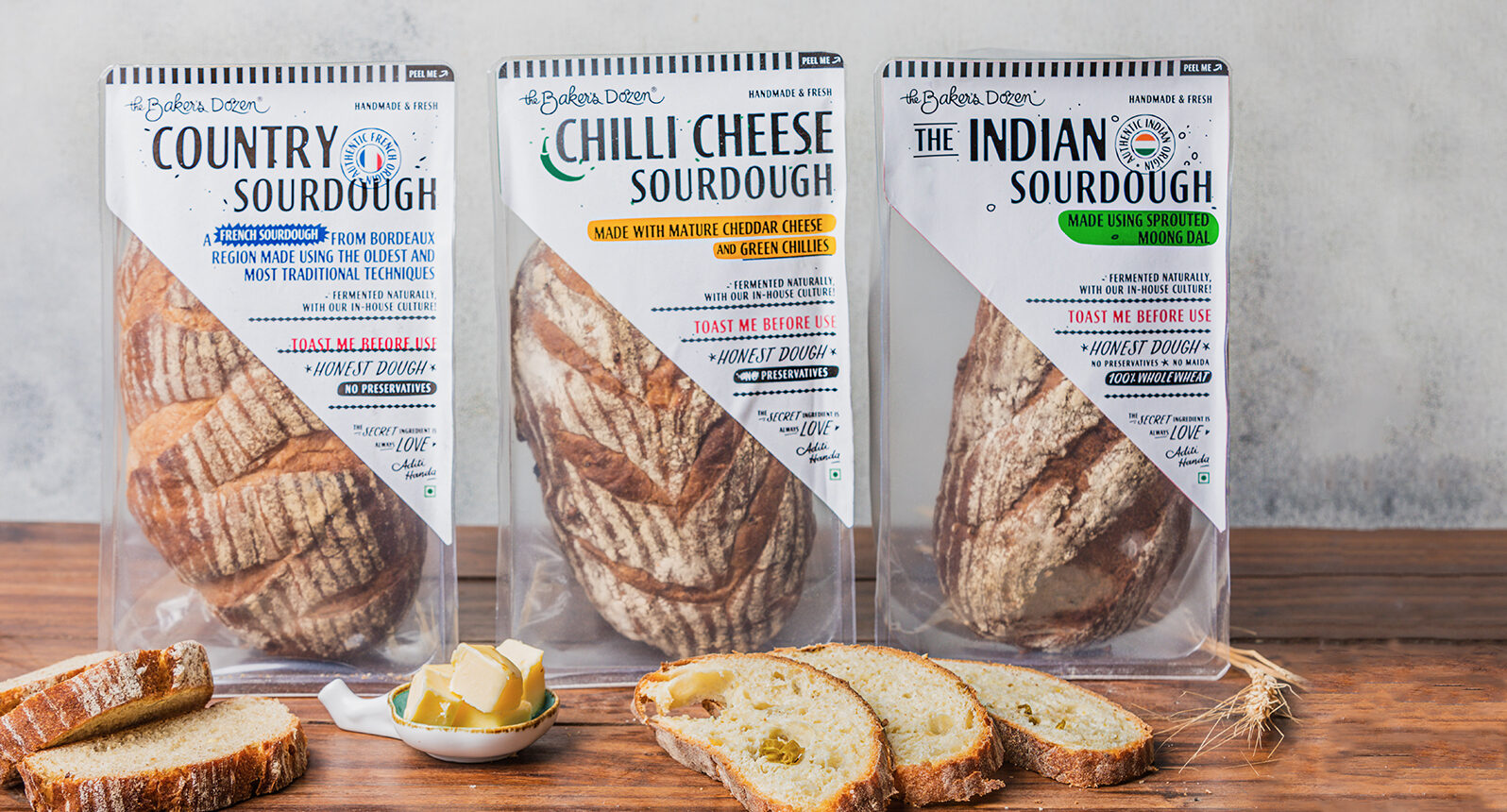 Sourdough | A Recipe that existed everywhere and nowhere

Origin of Sourdough – Types by Country

Nobody really knows where sourdough has originated from. Some say it’s Australia, some say France and Google also suggests the oldest culture was found in Egypt. It’s a very contentious and debatable topic, but what matters is that Sourdough, as a technique of making bread, is very avidly used across different countries. I had spoken to someone or read somewhere that bakers in Lebanon used to take fermented chickpea water, and used that to ferment their breads. I presume sourdough is centuries old. Sourdough in technical language is known as ‘pre-ferment’, where you take a portion of the flour and the water of your recipe and ferment it in advance, naturally. This helps attain a good flavour, texture and actually increases its shelf life. It makes it extremely healthy and very gentle on the gut.

Consumption of bread is very similar to roti in India. We have different types of roti across our nation. In India we have different types of rotis across states and similarly across the world where each region, city, and country has a different type of bread, which means they use different grains, techniques, and make recipes that are unique to that region. Obviously the shape of it and the texture of it is quite different. To give you an example, the French bread is probably the most common that most of us know of, predominantly made using a white wheat flour which is maida. They are much lighter in taste and texture.

French breads are crusty on the outside, really soft on the inside, with lots of air pockets. French breads are generally not made with enrichers like seeds or fruits. I also feel French breads are usually saltier than regular bread. Most of them are just different shapes, have different types of proving and different ratios of flour and water. On the other hand, Italian breads are more free-hand, shaped like a Ciabatta or a Pugliese. It’s very, very high in hydration. In terms of enriches, they tend to use a lot of their local ingredients like olive oil, tomatoes and fresh herbs.

German sourdough I think is probably one of the most difficult breads to make. They taste fabulous, but it’s an acquired taste too. A lot of it is made from differently milled wholewheat mixed with different varieties of rye flour and spelt. Rye flour normally grows in very cold countries like the Scandinavian ones or in Canada. It has a very deep, very intense flavor. In Germany most rye breads one gets will be approximately 80-100% rye which means very little whole wheat flour. Whereas a rye bread in America will be closest to 40% rye and the rest will be a blend of wholewheat and white wheat flour.

Rye breads are generally denser and more difficult to digest. German bakeries sell bread as a whole unsliced loaf. One can request the bakery to slice it. The thickness of these breads is thinner than regular bread. In India, we eat a 12 mm thick bread whereas the denser rye breads are close to 8 mm thick. This makes it more palatable and easier to digest. They sell bread by the loaf and this is often not sliced. You can request the bakery to slice it and give it to you. Pumpkin and sunflower seeds are most commonly found in German breads.